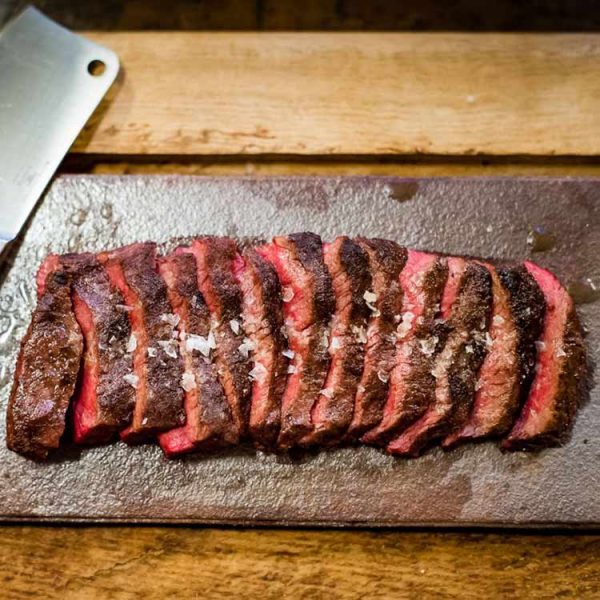 .        Not many people know the Flat Iron Steak, and those who do probably don’t realize that it is the second-most tender cut of beef.

.        The reason the Flat Iron is not better known is because it has a large, flat, tough layer of connective tissue running right through the middle of it.  So it was ignored as premium cut, and usually put into the ground beef.

.        But then a team of researchers at the Universities of Nebraska and Florida conducted shear force tests on every muscle in cattle to create a ranking of tenderness.  They were surprised to learn that the muscle on either side of this thick membrane was incredibly tender.

.        The result is a family-sized steak that is similar in tenderness to the Tenderloin, yet has considerably more flavor.   There are only 2 Flat Irons per animal.  20,000/kg

There are no reviews yet.