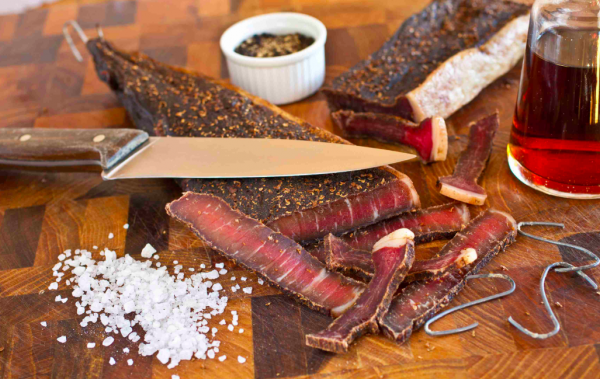 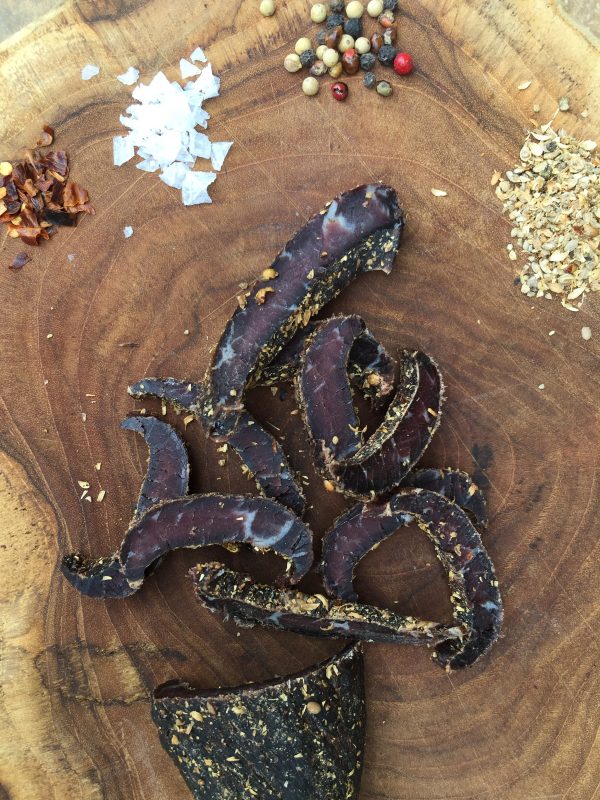 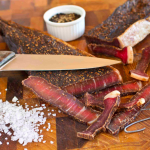 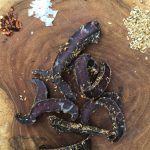 South African Biltong is a cured meat that was developed by the Dutch Cape Colony in southern Africa more than 300 years ago. It is very different from beef jerky … it has no sugar, it’s main flavors come from coriander seed, dark vinegar, salt and pepper, which gives it a slightly-tart and aromatic flavor. It is never smoked, as jerky often is. And it is usually cut thicker, and is not as dry and chewy as jerky.

The name Biltong comes from two old Dutch words: “billen” (buttock) and “tong” (strips). It is often made with Kudu, Eland, and other wild African game, as well as beef.  We searched for the oldest, most traditional recipe we could find. It originates from Rhodesia (now called Zimbabwe), and dates back to the mid 17th century. All of the ingredients are natural and organic. There are no nitrates, colorings, or preservatives.  Each bag contains 200 grams of nutrient-dense biltong.  6,000 / bag

There are no reviews yet.